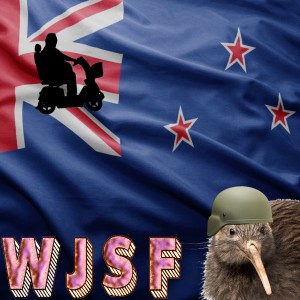 On this very special episode of the SFJ podcast, we’re a man down.  It seems Beardo has gone away for an in no way highly suspicious males only weekend on which no women were allowed. Not that there’s anything wrong with that. Here at Sweet Feathery Jesus, we celebrate alternative lifestyles.

This leaves Booze and Turtleman to discuss a super food diet that doesn’t seem to include any actual food, a mother of six who thinks she looks exactly like her sexy (her words, not ours) 14 year old daughter, a superhero dressed as a Baked Bean, and Marlee Matlin taking time out from the Super Bowl halftime show to like one of Booze’s tweets.

Oh, and we revisit the time that everyone’s favorite Idiot of Facebook, Friend Zone Frank! (yay) was actually ON THE PODCAST!

So open up a can of legumes in tomato sauce, pop on your leather cap & stick us in the front basket of your Rascal scooter.
Let’s boogie!