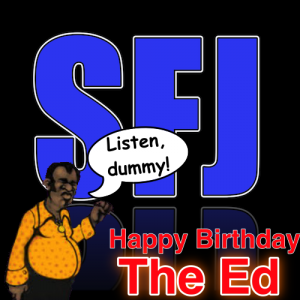 All that, some KITTARDS, some casual racism and the monkey god Hanuman, on this very special episode of the Sweet Feathery Jesus Podcast! So stick us in your New Year-holes, my honkies!

Whaaaaaat’s up, my haunted Halloween honkies?! On this very special spooooky Sweet Feathery Jesus, we have themed the ENTIRE episode in accordance with Halloween and/or Guy Fawkes Night (but not Bunyip Day).

We learn about the history of Booze’s dumb country’s dumb holiday traditions, and why it is absolutely necessary to burn catholics to death. Beardo brings us a very spooooky slice of True Australian History, and Chuck takes up the News Copter to bring us some truly terrifying news stories, except that one of them isn’t terrifying in the slightest.

Booze inflicts a very spooooky episode of Oi Me Colon (‘Mum, Try Up!’) upon his innocent and long-suffering co-hosts, and we check in with Idiot of Facebook Duct Tape Lisa, who is as frightening as ever.

All that, a scantily-clad R&B songstress, some magical Facebook spells, a spooooky song about Turtleman’s haunted audio equipment and the most annoying sound effect ever, on this very special episode. So stick us in your eery holes, and enjoy this horrifying Halloween SFJ special!

(Oh, and if you listen very carefully you may be able to hear the adenoidal snoring of a ghostly hellhound. Which is pretty spooooky.)