We have good news and bad news. First the bad news: a beloved part of our long-running podcast is retiring as of this show. The decision is final and only an enormous groundswell of positive iTunes reviews and word-of-mouth promotion will change it. The good news: Little Caesar is back and she’s still whining on Facebook. We have all the juicy details.

Also, we’ll hear about a pain-reliever commercial that’s giving Booze a headache. Belasco bemoans the unfairness of every other country in the world getting “Avengers: Age of Ultron” before the United States. Turtleman shares a few life-hacks that may just get you off the couch and living fully once again, but probably not.

Our Idiots of Facebook segment asks the probing questions: Could be that Crystal Keith has finally found love? Does Friendzone Frank finally end the pity-party and take charge of his life? You’ll have to listen. Later, in the News Round, a big-game hunter gets the big brother treatment and Zebras are on the loose again in (where else?) Belgium.

So put your phone on speaker and stick this one in your head, honkies. 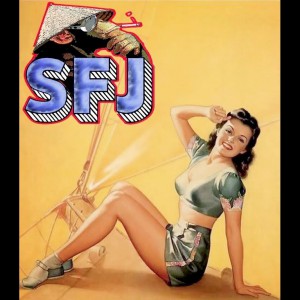 Belasco was visiting his home swamp down south this week, so P and Booze sifted through old podcasts and slapped together … The Best of the 40’s!

No Glenn Miller isn’t in it, and neither is good sound quality or our News ‘Copter.

But, we have boiled down episodes 40 through 49.5  for your listening pleasure. We’ve got the Indelible Hulk, the North Korean Monkey Bear Circus, and a Chinese Chinaman who has a very special trick for relieving the constipation of a tiny primate.  So put us on your Victrola, pat your secretary on the behind and ask her to mix you a drink, and down with Hitler!

We think shows like this are a nice introduction to what we’re all about. Please, share it with a friend who you think would enjoy our show. 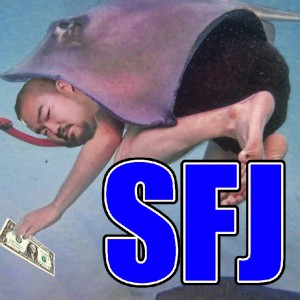