There are a lot of beards about these days. And, even though you’d think they’d be a terrible health and safety risk around all those barbecues and snakes, they’ve even got them in Australia now. Especially the men. This week,  SFJ’s hirsute antipodean correspondent Beardo brings us the first of his True Stories from Australian History. Don’t worry, there’s a monkey in it.

In the News Round, we hear about some pretend PVC police lady preposterousness in a Brazilian women’s prison and a Doom Metal “singer” who goes asphalt surfing without a board.  We’ll re-visit our Prison Pen Pals to see if Booze will finally pick one with a pronounceable name.

Later, our Idiots of Facebook segment takes us into the life of a grieving woman and her unique coping mechanisms, Belasco continues to beat the dead horse about role-playing games, and Prof. Turtleman brings us the second part of his Spockter Who saga.

So, suitcase this one and share it with the cellmates, but don’t let the warden catch you with it. 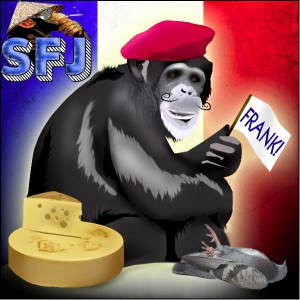 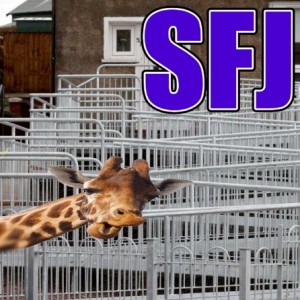 I’m sure it is bothersome knowing that the only country to which you can feel superior is Belgium, but that is no excuse, Denmark. We all have our crosses to bear. Dr. P’s cross to bear is being an apologist for the Danish zoological holocaust.

Meanwhile, our friend Bane (from Batman) has taken up residence in Brazil, but still has time to give advice to a lovely girl who makes friends very easily. Stay tuned for our “Rank” segment where we share our picks for the worst 80’s movie villain, there’s a heartwarming tale about a community coming together to help a little girl, and Stefano tells us every possible (and unintelligible) reason for walking 500 miles.

So, sit back, relax, and contemplate your Facebook gender.
. 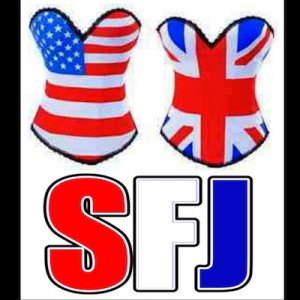 They love their kids. Cancer is bad. They’re the Idiots of Facebook.

But which country has the biggest idiots? The United States of America or the United Kingdom of Great Britain & Northern Ireland? We find out, as we pit two monumental dumbos against each other in a Facebook Face-Off.

Don’t feel left out, Canada and Australia. The winner plays one of you in the final.

We meet a lovely bog-eyed lady model, a Chinese Chinaman with feet out of a cartoon and answer the question you’ve all been asking: Which one of the Twin Towers had the best tits?

Booze’s Mum accidentally buys some fascist wall art, Dr P races a man with a robot leg and we start a FundAnything appeal for Belasco to travel to Turkey for emergency moustache replacement surgery.

So flush out your headgear, new guy! And stick this into your earhole.