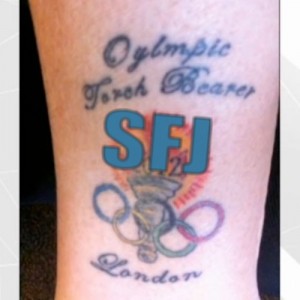 The Olympics have hit Booze’s home town & after spending the last 7 years saying he wouldn’t watch the Games if he could see them from his window… he does.

That’s right. He’s got a bad case of Olympic Fever, which he caught from high-fiving the Queen as she plummeted past his balcony at Booze Towers.

We also find out what America’s next generation of athletes/strippers will be called, & on a completely unrelated note, we find out Belasco’s first name. I’ll give you a clue… it’s not Cosmo.

Dr P brings us a fast-breaking news story from 2006 & we play another round of our fun new game The Tweets of Antonio Martez.