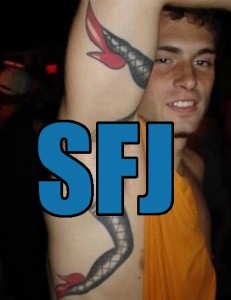 In which we receive our very first call from a listener, Hiccup tries to spoil the next season of The Walking Dead, we take the batteries out of the nerd alert as Belasco speaks to a man who is forcing his wife to watch every single episode of Doctor Who ever made & Dr. P may or may not ruin the interview with an inappropriate Skype avatar.